When Apple bought NeXT, the tech writing team was absorbed by Apple. But I had moved to Marketing so was left out in the cold. Thus began my carrier as a contractor. My first job was just down the street from NeXT’s old Seaport office in Redwood City.

Web design for the masses

By this point the web had become commonplace, but only technically trained designers could build sites. NetObjects was the first to try to fill this gap by providing a WYSIWYG web editor. Like similar web editors of today, you couldn’t really get away without knowing some HTML, but it was a great product, anyway.

It wasn’t enough to know the nuts and bolts of web design. NetObjects realized that your average small business needed some guidance as well. So in addition to working on the documentation, I designed and wrote most of NetObjects Online—a web site integrated with NetObjects Fusion 5.0 that provided articles and services for planning, building, and promoting a small-business web site.

Here are just a few excerpts. See if you can find the reference to WebTV! I interviewed with them but didn’t take the job so can’t put it on my timeline. It was a device released in 1996 that let you surf the web on your TV instead of a computer monitor. Microsoft bought and killed it in 1997. 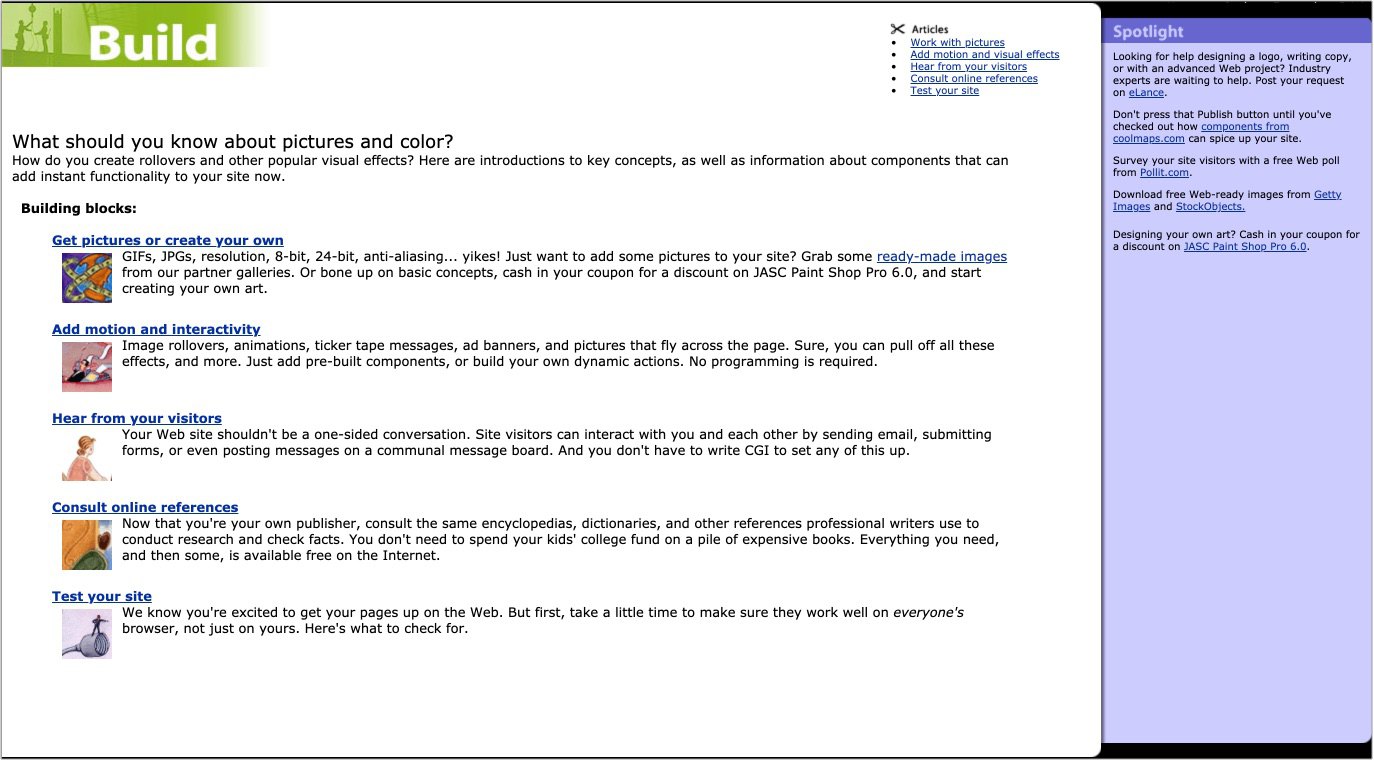 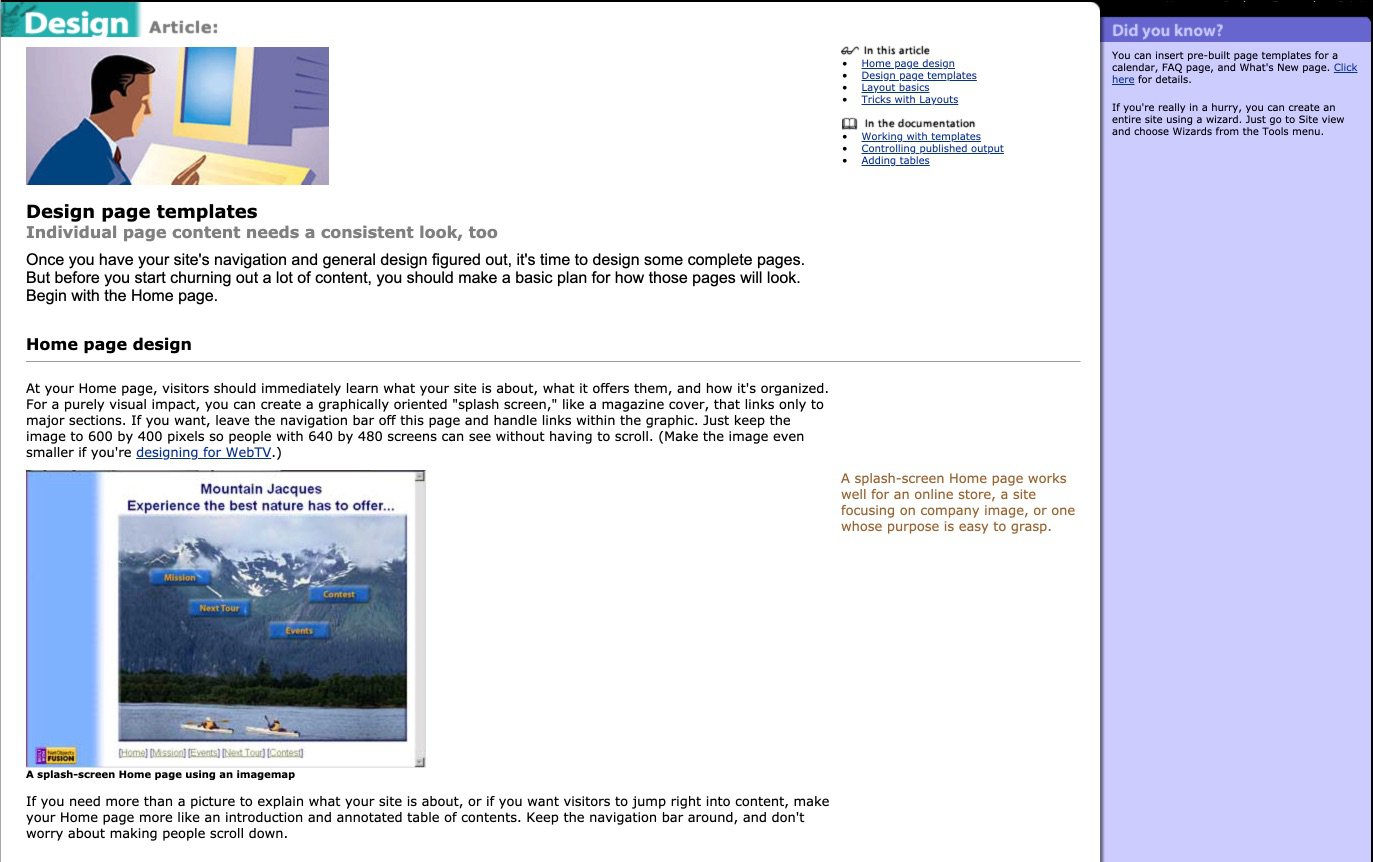 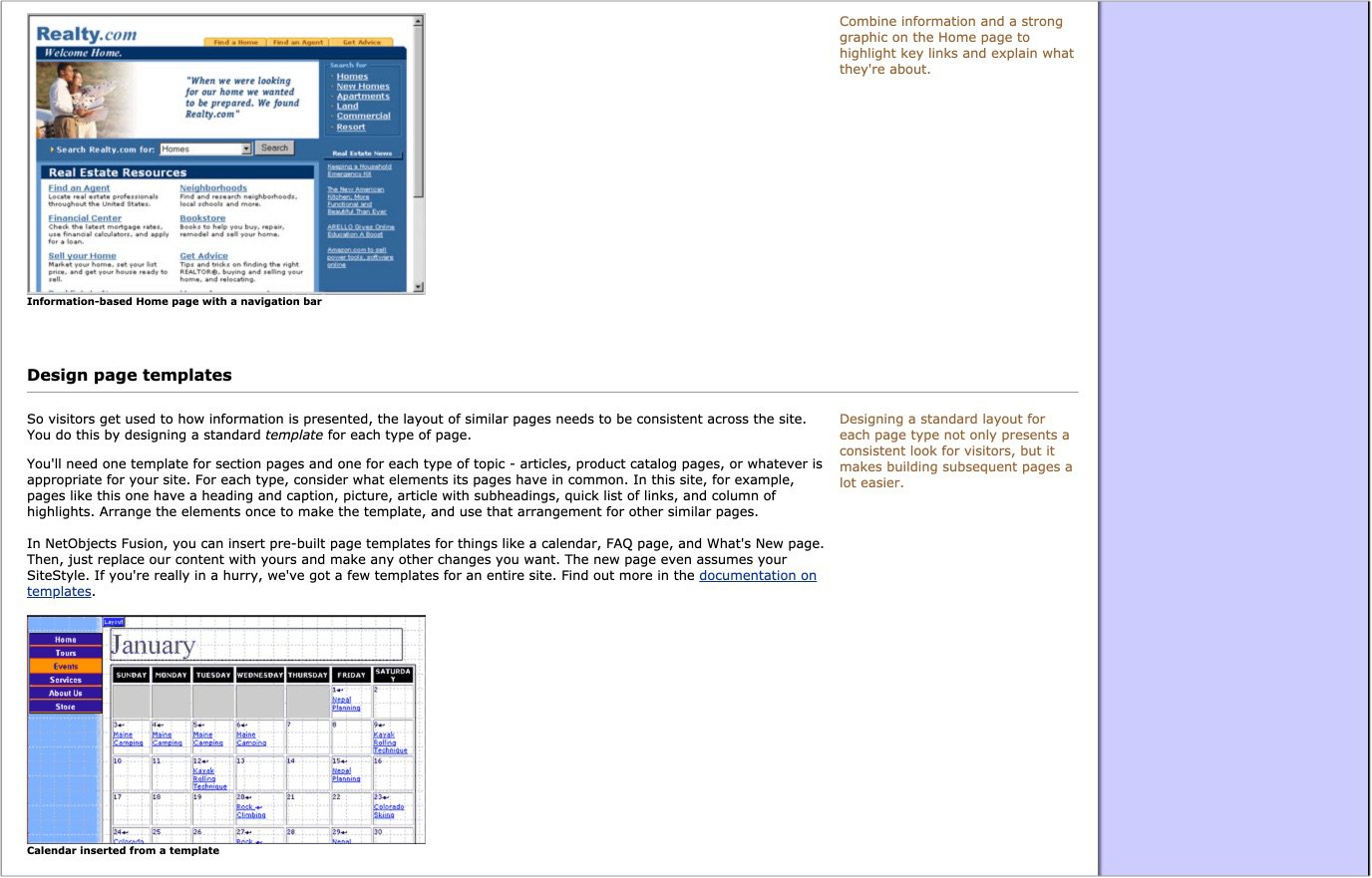 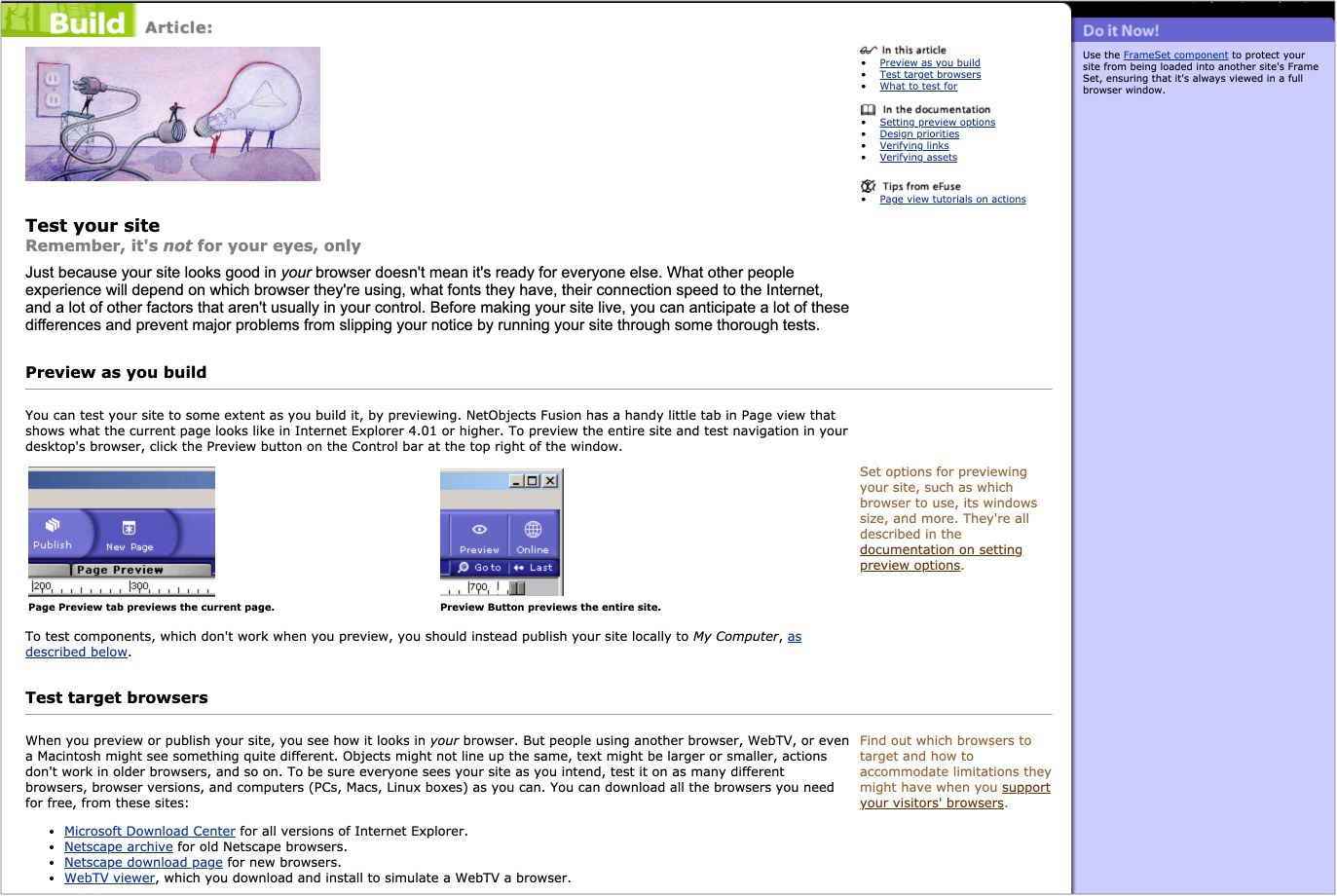